A few words about my work...

In 2006 I started the series «OVER» with OVER-L (overload). My goal was to find out what would be the result if I do not impose to myself any restriction technical, stylistic or thematic. To begin, I selected a large format canvas and acrylic paint. This would prevent a rapid or impetuous execution and let me think for days about the work I was doing. Three months later I finished the first painting for the OVER-L series: Funky Color Sun Fusion. During this process I rediscovered my interest in structural complexity, dynamic rhythms and color as an expressive vehicle.

A few years later, perhaps moved by the events, I felt the need to experiment and get away from the lively and playful OVER-L. In the OVER-M series, keeping the dynamism and complexity, I almost desaturated color completely and forms, geometricized, turned out to be the benchmark for most gloomier and dystopian environments.

Finally, OVER-C ended this trilogy. Instead “L” and “M” it is designed as a study, with small works. I explore the ability of coexistence of antagonistic elements, typical of the previous series, in the same space. The integration between arificial and organic, spontaneous and reflective, human and mechanical. 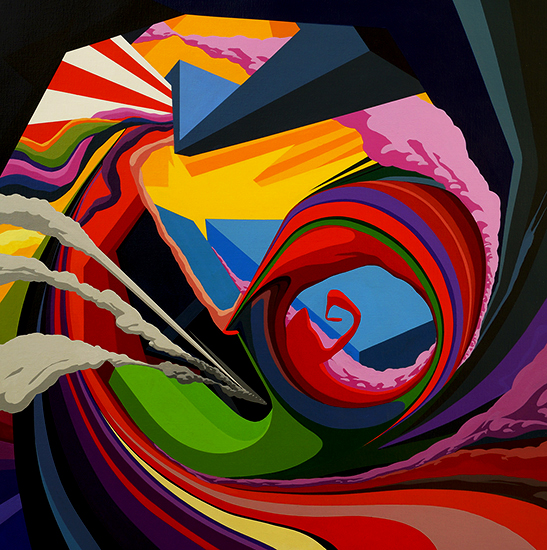 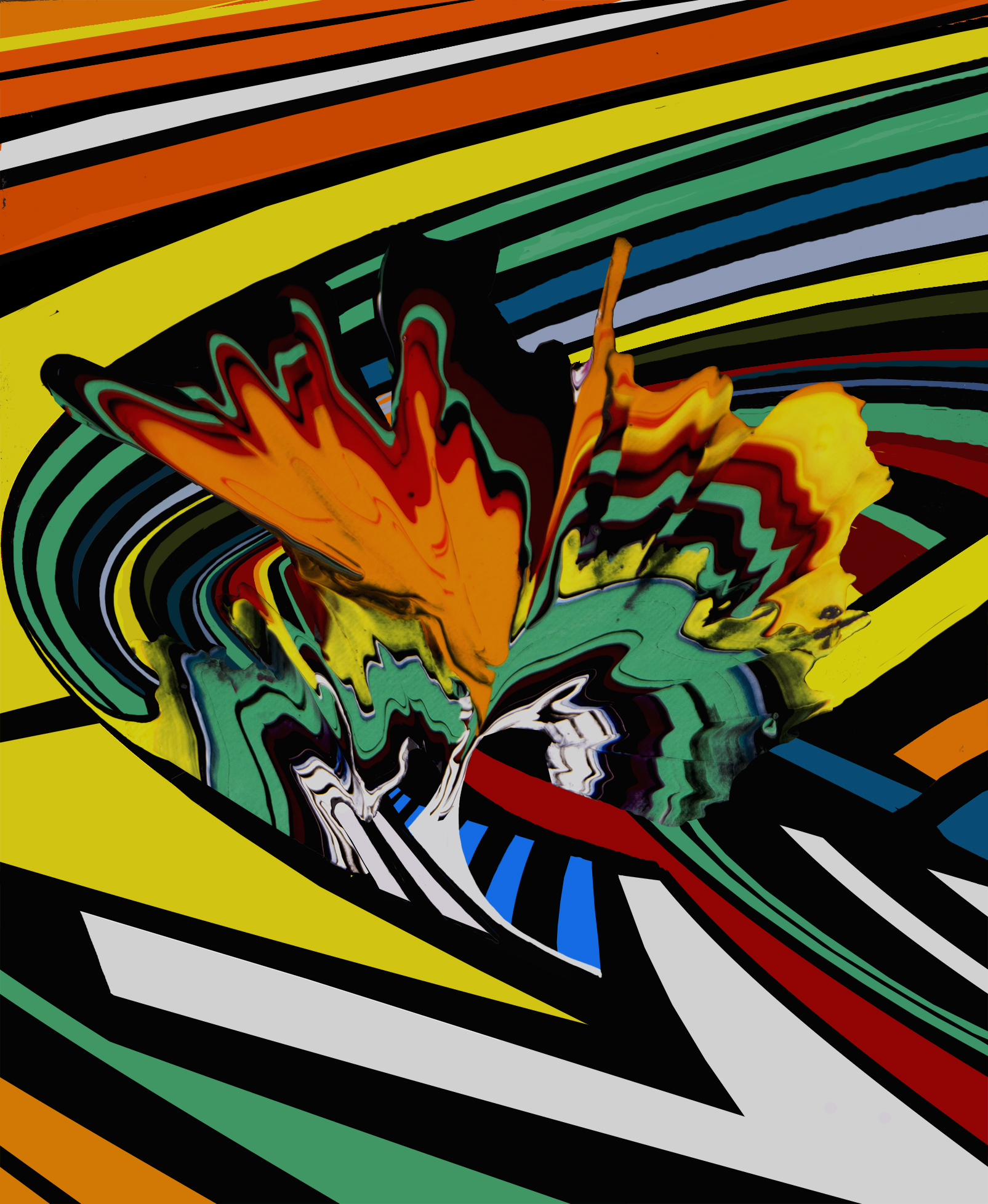 Integration between artificial and organic, spontaneous and reflective, human and mechanical.

Before being forced to stop my professional activity back in 2015, I had the privilege to show my paintings in Spain, Germany and France thanks to these three awesome galleries: EspaiB Galeria D’Art Contemporani (Barcelona), Brennecke Fine Art (Berlin), David Pluskwa Art Contemporain (Marselle)

GET IN TOUCH
more